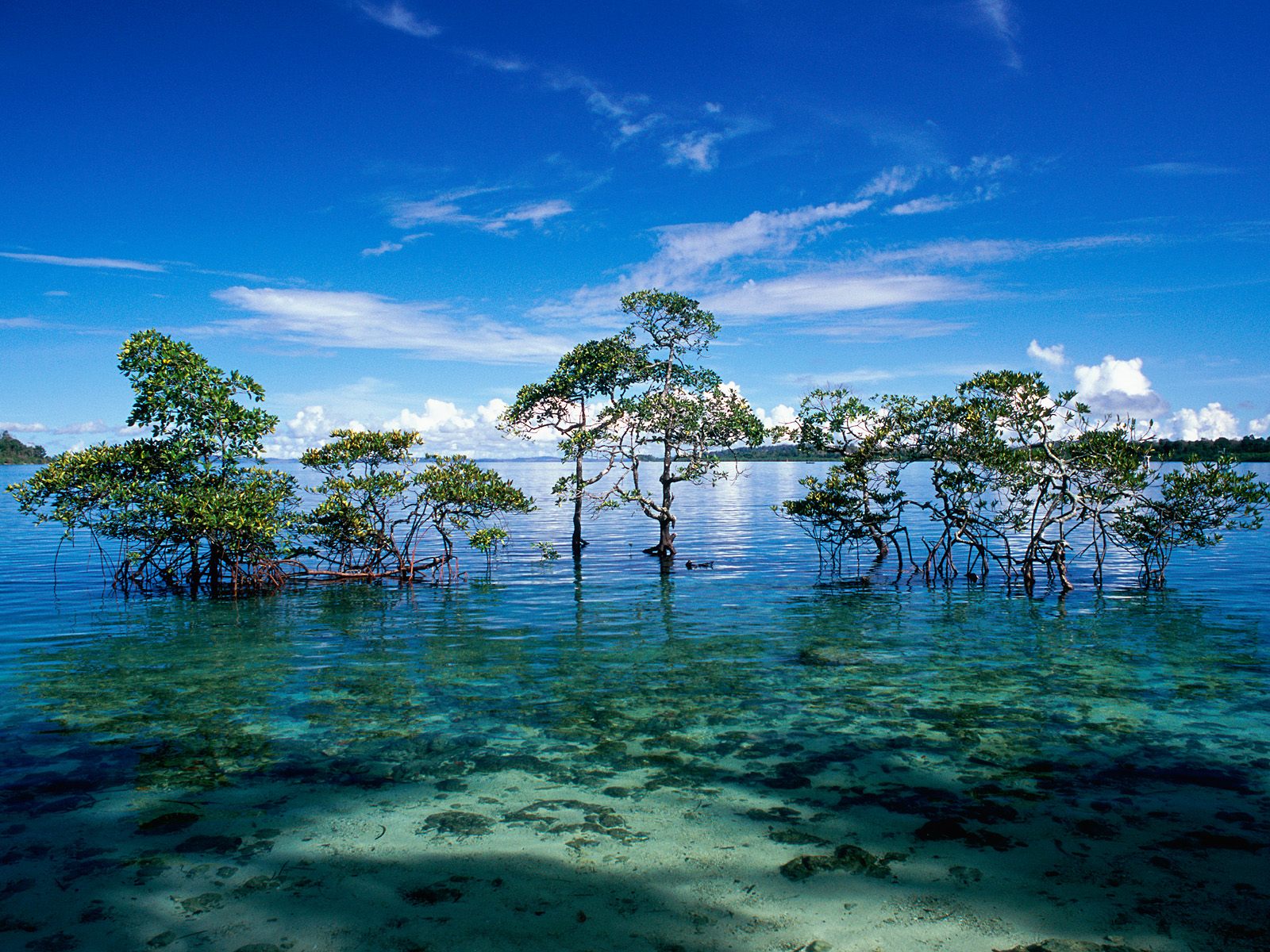 Andaman & Nicobar Islands are blessed with a unique tropical rainforest canopy, made of a mixed flora with elements from Indian, Myanmarese, Malaysian and endemic floral strains. So far, about 2,200 varieties of plants have been recorded, out of which 200 are endemic and 1,300 do not occur in mainland India.
The South Andaman forests have a profuse growth of epiphytic vegetation, mostly ferns and orchids. The Middle Andamans harbours mostly moist deciduous forests. North Andamans is characterized by the wet evergreen type, with plenty of woody climbers. The North Nicobar Islands (including Car Nicobar and Battimalv) are marked by the complete absence of evergreen forests, while such forests form the dominant vegetation in the central and southern islands of the Nicobar group. Grasslands occur only in the Nicobars, and while deciduous forests are common in the Andamans, they are almost absent in the Nicobars. The present forest coverage is claimed to be 86.2% of the total land area.
This atypical forest coverage is made up of twelve types, namely:
This tropical rain forest despite its isolation from adjacent land masses is surprisingly rich with a diversity of animal life.
About 50 varieties of forest mammals are found to occur in the Andaman and Nicobar Islands. Some are endemic, including the Andaman Wild Boar. Rodents are the largest group with 26 species, followed by 14 species of bat. Among the larger mammals there are two endemic[citation needed] varieties of wild boar, Sus scrofa andamanensis from Andaman and Sus scrofa nicobaricus from Nicobar, which are protected by the Wildlife Protection Act 1972 (Sch I). Saltwater crocodile is also found in abundance. The State animal of andaman is dug-ong also known as sea cow which can be found in little andaman. Around 1962 there was an attempt to introduce the leopard, which was unsuccessful because of unsuitable habitat. These were ill-considered moves as exotic introductions can cause havoc to island flora and fauna.
About 270 species of birds are found in the territory; 14 of them are endemic, the majority to the Nicobar island group. The islands’ many caves are nesting grounds for the Edible-nest Swiftlet, whose nests are prized in China for bird’s nest soup.[15]
The territory is home to about 225 species of butterflies and moths, including some of the larger and most spectacular of the world. Ten species are endemic to these Islands. Mount Harriet National Park is one of the richest areas of butterfly and moth diversity on these Islands.
The islands are well known for of prized shellfishs, especially from the genera Turbo, Trochus, Murex and Nautilus. Earliest recorded commercial exploitation began during 1929. Many cottage industries produce a range of decorative shell items. Giant clams, green mussels and oysters support edible shellfishery. The shells of scallops, clams, and cockle are burnt in kilns to produce edible lime.
Related Posts